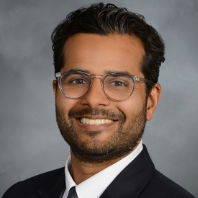 Dr. Akash Goel is an Assistant Professor of Medicine in the Division of Gastroenterology and Hepatology at Weill Cornell Medical Center in New York City. He practices General Gastroenterology and Internal Medicine with a focus on nutrition and integrative health. Akash is a graduate of Harvard College and University of Michigan Medical School. He completed residency in Internal Medicine at Columbia University NewYork Presbyterian Hospital and fellowship in Gastroenterology and Hepatology at Jackson Health System / University of Miami.He is frequently published in both peer-reviewed journals and press and his writing and work have appeared on networks and publications such as CNN, New York Times, Time Magazine, Financial Times, BBC.He was named a New Leader by the Carnegie Council and a World Economic Forum Global Shaper. He is a fellow of the Nantucket Project and an Asia 21 Fellow of the Asia Society. In 2015, Akash was awarded a Cannes Lion and recognized by the United Nations for his work in human rights advocacy.