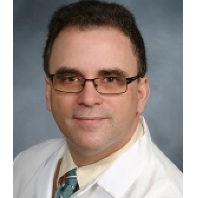 Dr. Borczuk is a graduate of NYC's Stuyvesant High School. After graduating Summa Cum Laude from Princeton University in the Department of Molecular Biology, he attended Cornell University Medical College, from where he received his MD degree in 1991. He completed his internship in Internal Medicine at The New York Hospital, and completed his residency in Anatomic Pathology at the Albert Einstein College of Medicine. After serving as an attending patohlogist at Jacobi Medical Center and North Shore University Hospital, he joined the Department of Pathology at Columbia University Medical Center in 1999. As a practicing pathologist, translational researcher, and active participant in the Pulmonary Program at Columbia, he achieved the rank of Professor of Pathology at Columbia University Medical College. He joined the faculty at Weill Cornell in 2015 as Vice Chairman and Director of Anatomic Pathology, as well as Chief of Thoracic Pathology.