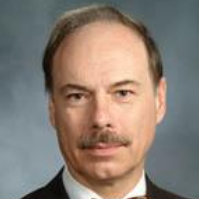 Alexander J. Swistel, M.D., a nationally-renowned breast surgeon, has pioneered many of the newest advances in minimally-invasive breast cancer treatment.Dr. Swistel graduated from Harvard University and received his medical degree from Brown University School of Medicine in 1975. He completed his surgical residency at St. Luke's-Roosevelt Hospital Center and a two-year surgical oncology fellowship at the Memorial Sloan-Kettering Cancer Center. At the completion of his fellowship, Dr. Swistel returned to St. Luke's as an Attending Surgeon and subsequently became the Chief of Breast Surgery.In 1996, he was recruited by New York-Presbyterian Hospital to strengthen the breast service and joined the attending staff in surgery. Dr. Swistel's visionary leadership was instrumental in developing and launching the Weill Cornell Breast Center and he became the Director of the Program and served for Chief of Breast Surgery for over 14 years. He is Associate Professor of Clinical Surgery at Weill Cornell Medical College, Associate Attending at New York-Presbyterian Hospital's Department of Surgery.Dr. Swistel has pioneered many significant improvements in the delivery of breast cancer care that have greatly benefited patients and offered new, less invasive treatment options for women with breast cancer. He developed an early protocol using laser-guided destruction of small breast tumors as a way to minimize surgical treatment of breast cancers. He was the first surgeon in New York to perform a skin-sparing mastectomy in 1991. That technique revolutionized standard radical mastectomies. When combined with immediate reconstruction, it allowed for a significantly improved cosmetic outcome, with no decrease in survival. In fact, the quality of survival was enhanced.He continues to pioneer techniques in surgery that provide effective removal of tumors with reconstructive techniques that leave the patients without visible scars and excellent tumor therapy. This vision has culminated in the establishment of a specialized center of oncoplastic surgery, where teams of surgeons combine the latest techniques for tumor removal along with reconstructive options. This leaves patients with no visible reminder of the breast cancer, better cosmetic results, and reduced risk. Many studies show a huge psychological benefit to woman who undergo oncoplasty.In 1986, he established the first Comprehensive Breast Center in Manhattan at St. Luke's Hospital. That center served as a model for subsequent breast centers throughout the city. Recognizing that minority populations often have difficulty accessing good breast care he received a special grant from New York State to focus on screening of minority patients. This program was adopted by the New York State legislature and continues benefiting women today.Dr. Swistel was one of the first physicians in New York to pioneer sentinel lymph node biopsy, a new technique for minimizing auxiliary surgery. He currently runs a high-risk surveillance program at the Weill Cornell Breast Center for patients who are at elevated risk for developing breast cancer.Dr. Swistel is past President of the Metropolitan Breast Cancer Group, which is the oldest and largest regional group of breast cancer specialists in the nation. He is a fellow of the New York Academy of Medicine. Dr. Swistel is a member of many professional societies, including the American College of Surgeons, Brown Medical Alumni Association, New York County Medical Society, Association for Academic Surgery, Society of Head and Neck Surgeons, American Society of Clinical Oncology, New York Metropolitan Mammography Society, American Society of Breast Diseases and the American Society of Breast Surgeons.