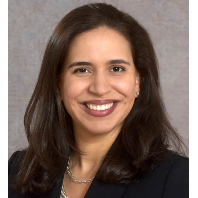 Dr. Cepin is a board certified obstetrician-gynecologist who joined the Columbia faculty in 2003. She received her undergraduate degree from Harvard University and completed medical school at Columbia University. She was a resident at Albert Einstein College of Medicine. Her clinical interests include all aspects of wellness care, contraception, and general gynecology. She has a special focus on colposcopies, the management of IUDs, and contraceptive implants.

Dr. Cepin serves as director at NewYork-Presbyterian Hospital's Family Planning clinic. She is the course director for the medical student elective in family planning and is also the coordinator for the resident rotation in Family Planning.