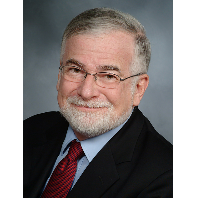 About Andrew I. Schafer, MD

Dr. Schafer is currently Professor of Medicine in Hematology-Oncology and Director of the Richard T. Silver Center for Myeloproliferative Neoplasms. He is a board-certified hematologist and oncologist, and an authority in the areas of thrombosis, coagulation, platelet and bleeding disorders. Dr. Schafer is the author of over 220 original articles and the editor of 5 textbooks in the field of hemostasis, thrombosis and hematology. He edited a book entitled “The Vanishing Physician-Scientist?” and is currently Co-Editor of the Cecil Textbook of Medicine beginning with the 24th edition. He has made original research contributions in the areas of hemostasis, thrombosis, platelet function, and vascular cell biology; he has been the principal investigator of NIH grants for almost 30 consecutive years.Dr. Schafer is past President of the American Society of Hematology, past President of the Association of Professors of Medicine, and has been elected to membership in the American Society for Clinical Investigation (for which he served as Secretary-Treasurer), the Association of American Physicians, and Fellowship in the American Association for the Advancement of Science, Master of the American College of Physicians, the New York Academy of Medicine, and the Institute of Medicine (IOM) of the National Academies. He has served on the editorial boards of a number of major medical and scientific journals, and was the founding editor-in-chief of The Hematologist.Dr. Schafer received his B.A. from Northeastern University in 1969 and his M.D. from the University of Pennsylvania in 1973. He completed his residency in internal medicine at the University of Chicago and his clinical and research fellowships in hematology at the Brigham and Women's Hospital (formerly Peter Bent Brigham Hospital) and Harvard Medical School. He was on the faculty of Harvard Medical School, rising to Associate Professor of Medicine, until 1989 when he was appointed Chief of Medicine at the Houston VA Medical Center, Professor of Medicine at Baylor College of Medicine, and Professor of Biomedical Engineering at Rice University in Houston. Dr. Schafer then served as Chairman of the Department of Medicine at Baylor from 1996 to 2002, when he was recruited to his medical school alma mater to become the Frank Wister Thomas Professor and Chairman of the Department of Medicine at the University of Pennsylvania. He came to Weill Cornell and New York-Presbyterian Hospital in 2007, and served as the E. Hugh Luckey Distinguished Professor of Medicine, Chairman of the Department of Medicine at Weill Cornell Medical College, and Physician-in-Chief of the New York-Presbyterian Hospital Well Cornell Medical Center until 2013.