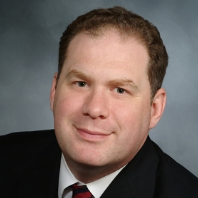 Dr. Andrew Tassler serves as Assistant Professor in the Department of Otolaryngology - Head and Neck Surgery at Weill Cornell Medicine.  Dr. Tassler’s expertise lies in the diagnosis and treatment of benign and malignant tumors of the head and neck, including salivary glands, thyroid and parathyroid, tongue, lips and oral cavity, larynx, pharynx, sinuses, skull base and skin.Dr. Tassler was born and raised in Washington, DC.  He attended Amherst College and graduated magna cum laude with a degree in Political Science.  He then received his medical degree from Georgetown University School of Medicine.  He completed an internship in General Surgery at New York Hospital/Weill Cornell Medical Center followed by residency in Otolaryngology – Head and Neck Surgery at Georgetown University Hospital.  While at Georgetown, he received the Hugh O. DeFries Award for Lifetime Learning. After residency, Dr. Tassler completed a fellowship in Advanced Oncologic Head and Neck Surgery and Endoscopic Skull Base Surgery at the University of Pittsburgh.  Prior to joining the faculty at Weill Cornell, Dr. Tassler practiced for five years at Montefiore Medical Center where he was Assistant Professor of Otorhinolaryngology at Albert Einstein College of Medicine.  While at Montefiore, Dr. Tassler was awarded for outstanding resident teaching and was selected three times as a SuperDoctors “Rising Star” by his colleagues. Dr. Tassler is a member of the American Academy of Otolaryngology - Head and Neck Surgery, the American Head and Neck Society, the New York Head and Neck Society, and the North American Skull Base Society.  He is also an active fellow of the American College of Surgeons.Dr. Tassler is a specialist in all aspects of head and neck cancer surgery.  He also has a particular interest in minimally invasive techniques in head and neck surgery including transoral laser (TLM) and robotic surgery (TORS) as well as endoscopic skull base surgery.