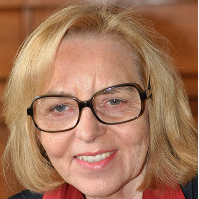 About Anke A. Ehrhardt, PhD

Dr. Anke A. Ehrhardt is a Professor of Medical Psychology in the Department of Psychiatry at Columbia University. Dr. Ehrhardt leads the Division of Gender, Sexuality, and Health and is Director of its Program for the Study of LGBT Health. She came to Columbia University from the State University of New York at Buffalo where she co-directed the Program of Psychoendocrinology at Children's Hospital. In 1987 at Columbia and NYSPI, she became Founding Director of the HIV Center for Clinical and Behavioral Studies, which remains a key component of the Division of Gender, Sexuality, and Health.Dr. Ehrhardt is an internationally known researcher in the field of sexual and gender development of children, adolescents, and adults. For the past 35 years, her research has included a wide range of studies on determinants of sexual risk behavior among children, adolescents, heterosexual women and men, and the gay population, and on comprehensive approaches to preventing HIV and STD infection. In recognition of this work, she was presented with: the Distinguished Research Leadership Award in 1986, from the American Psychological Association; the Research Award "For Excellence in Research," from the State of New York Office of Mental Health in 1990; the Award for Distinguished Scientific Achievement for 1991, from the Society for the Scientific Study of Sex; and in 1994, the first Research Award from the National Lesbian and Gay Health Foundation. Her bibliography includes more than 250 scientific publications.Dr. Ehrhardt was the President of the International Academy of Sex Research in 1981. She has also been a member of the NIH Office of AIDS Research Advisory Council, the Executive Committee of the HIV Prevention Trials Network of Family Health International, and the Board of Trustees of the Kinsey Institute for Research in Sex, Gender, and Reproduction. She was also previously a Trustee on the Board of Directors of the Ford Foundation.