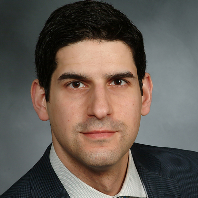 As the former Director of Pediatric Minimally Invasive and Robotic Surgery at the Johns Hopkins Medical Institute, Dr. Akhavan is one of the country’s most experienced pediatric robotic surgeons. With robotic surgery, Dr. Akhavan strives to optimize patient outcomes while minimizing discomfort, length of hospitalization, and time to return to normal activities. While Dr. Akhavan offers both minimally invasive and open surgery options for all disorders of the kidneys, ureters, bladder and genitals, Dr. Akhavan has particular expertise in robotic surgery for infants and children with disorders associated with hydronephrosis, including vesicoureteral reflux and ureteropelvic junction obstruction. Dr. Akhavan is also one of only a few providers in the country with expertise in complex robotic reconstruction, including robotic mitrofanoff appendicovesicostomy and bladder neck reconstruction for children with incontinence secondary to neurogenic bladder from spinal cord injury or spina bifida.Additionally, as the former co-director of the Johns Hopkins Fetal Surgery Program, Dr. Akhavan has unique experience performing fetal surgery for patients with lower urinary tract obstruction, and offers counseling to expectant parents with hydronephrosis and other fetal urological anomalies. Finally, as the former co-director of the Johns Hopkins Pediatric Kidney Stone Program, Dr. Akhavan has had extensive experience managing complex kidney stone cases in infants, children, and adolescents, and offers all forms of stone treatment. Dr. Akhavan attended the Horace Mann School, and then graduated magna cum laude from Columbia University, followed by medical school at the University of Pittsburgh. He completed his general surgery and urology residencies at the Mount Sinai Medical Center, followed by a two-year fellowship in Pediatric Urology at the Seattle Children’s Hospital, where he was also an instructor in Pediatric Urology. Dr. Akhavan then became an Assistant Professor at Johns Hopkins Medical Center, where he developed and directed their program in Pediatric Robotic and Minimally Invasive Surgery, and also co-directed the Programs in Fetal Surgery as well as Pediatric Kidney Stone Surgery prior to joining the faculty at Weill Cornell Medicine. During his time at Johns Hopkins, Dr. Akhavan was recognized as a Top Doctor by Baltimore Magazine.