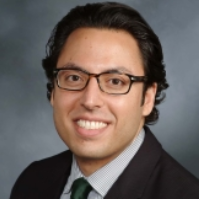 Babak Navi, MD, MS, is a native New Yorker who received his medical degree from New York University, where he graduated with honors (Alpha Omega Alpha Society). He completed a residency in neurology at the Weill Cornell Medical Center and served as the Chief Resident in his final year. He then completed a two-year fellowship in vascular neurology at the University of California, San Francisco, where he also became certified in comprehensive neurosonology. In 2011, Dr. Navi returned to New York to become an Assistant Professor of Neurology. He has also been the Medical Director of the Cornell Stroke Center since August 2011. Dr. Navi received a Masters of Science in Research from the Weill Cornell Graduate School of Medical Sciences in 2015.Dr. Navi is an expert on the relationship between stroke and cancer. He has published numerous studies on this topic, and is the co-principal investigator of the first randomized trial to compare different blood thinners for patients with cancer and stroke. Dr. Navi also has conducted research studies on cryptogenic stroke, postpartum stroke, physician prognostication in severe brain injury, and cerebrovascular presentations of dizziness. His work has been published in high impact peer-reviewed journals, including the New England Journal of Medicine, JAMA, Annals of Neurology, Neurology, Archives of Neurology, Critical Care Medicine, Stroke, and Annals of Emergency Medicine. In addition, he was awarded an NIH KL2 grant from the Cornell CTSC in 2012 and an NIH K23 grant in 2015. Dr. Navi is an Associate Editor for the journal Neurohospitalist, and is the Cornell site principal investigator for the NIH-funded POINT trial.