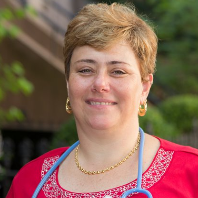 Dr. Brianne O'Connor completed her medical school training at SUNY-Downstate Medical Center in 1991. She then went on to complete her pediatric residency at Babies Hospital (now known as Morgan Stanley Children's Hospital of New York) and was Chief Resident in Pediatrics there from 1994-1995. Dr. O'Connor began practicing pediatrics with Dr. Pytlak in 1995. She is an Assistant Attending Pediatrician at New York Presbyterian Hospital and a Clinical Instructor of Pediatrics at Weill-Cornell Medical Center. She is board certified in Pediatrics. Dr. O'Connor grew up and still lives in the neighborhood of Carroll Gardens with her children.