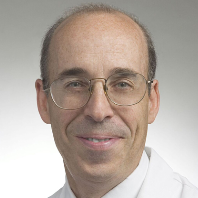 Dr Byron Thomashow is a Clinical Professor of Medicine Columbia University Medical Center and an Attending Physician at the New York-Presbyterian Hospital. He serves as medical director of the Jo-Ann LeBuhn Center for Chest Disease on the Columbia campus. He was a member of the executive committee of the medical board of the New York-Presbyterian Hospital for most of the last 10 years and chaired the Quality Care Committee for the Society of Practitioners of the Columbia University Medical Center. He presently chairs the Respiratory Disease Council of the New York-Presbyterian Healthcare Network and co-chairs the New York Presbyterian smoking cessation initiative. He helped found and is now chairman of the board of directors of the COPD Foundation. He is the co-chair for the NY State COPD Summit (June 2010) and co-chair of the COPD Coalition National Meeting. He was a member of the steering committee and the co-primary investigator at the Columbia site for the National Emphysema Treatment Trial and has been and remains actively involved in multiple national clinical research projects.