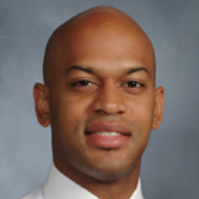 Dr. Carl V. Crawford is an Assistant Professor of Medicine and Attending Physician at the New York Presbyterian-Weill Cornell Medical Center in Division of Gastroenterology and Hepatology. Dr. Crawford completed his undergraduate studies in 1996 at Georgetown University with a degree in Biology.  He received his medical degree in 2001 from the Yale University School of Medicine after completing a Howard Hughes Medical Institute Research Fellowship in 1998 there as well.  He subsequently completed his internship and residency training in Internal Medicine in 2004 at the New York Presbyterian Hospital – Weill Cornell Campus. He spent the following year studying the mechanisms by which dietary components prevent solid tumors under a National Institutes of Health Research Training Grant.  He then completed his fellowship in Gastroenterology and Hepatology in 2008 at the Weill Cornell Campus.  He is also the recipient of the Louis and Rudin Foundation Grant for the Study of Enteric Pathogens, Dr. Crawford has a wide variety of interests including gastrointestinal tumors, bleeding and infections. One of his academic interests is the evaluation and management of enteric infections including Clostridium difficile. He is currently involved in fecal microbiota transfers (FMT) or fecal transplant for refractory cases of CDI.  In addition, he is involved in the evaluation and treatment of small bowel diseases using Single Balloon Enteroscopy. He is a member of the American College of Gastroenterology, the American and New York Societies of Gastrointestinal Endoscopy, and the American Gastroenterological Association.