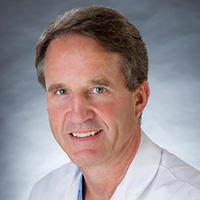 Dr. Smith earned his MD at Case Western Reserve University in Cleveland, Ohio (Phi Beta Kappa), going on to a general surgery internship and residency and a vascular surgery fellowship at the University of Rochester Medical Center/Strong Memorial Hospital (1977-1982). He completed his cardiothoracic surgery residency at Columbia-Presbyterian Medical Center in 1984, immediately joining the faculty of the Columbia University College of Physicians and Surgeons.

He was Director of Cardiopulmonary Transplantation at Columbia-Presbyterian Medical Center during 1986-1996 and was appointed Chief of the Division of Cardiothoracic Surgery in 1996. He became a full professor of surgery in 1998. In 2010, Dr. Smith became Chair, Department of Surgery.

Dr. Smith's clinical specialties include medical support for pre- and postoperative transplant recipients, use of bioartificial support devices, and alternative immunosuppressive strategies. His research interests focus on mitral valve repair, transmyocardial laser revascularization, long-term heart and lung transplantation outcomes, preoperative risk factors for stroke after CABG, and adaptation in cardiac transplantation. Dr. Smith was named Practitioner of the Year for 2004 by the Society of Practitioners at Columbia University Medical Center. He is co-Principal Investigator for the multicenter PARTNER aortic transcatheter valve trial.