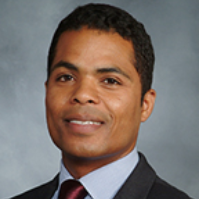 Weill Cornell Medicine and the Department of Ophthalmology are pleased to announce the appointment of Dr. Cristiano Oliveira to join the faculty as of September 2012, as a Neuro-Ophthalmologist.Dr. Oliveira attended medical school at the Minas Gerais Federal University (Universidade Federal de Minas Gerais) in his native Brazil. He completed his Ophthalmology residency and Glaucoma fellowship at São Geraldo Hospital, Minas Gerais Federal University.His international career continued in New York where he completed a 2-year Glaucoma research fellowship at the New York Eye and Ear Infirmary under the mentorship of Dr. Robert Ritch. The fellowship was followed by Neurology residency at North Shore and Long Island Jewish Hospitals. Among his many achievements he had the privilege to be elected as one of the chief residents.Dr. Oliveira spent his final year of training at the Massachusetts Eye and Ear Infirmary, Harvard Medical School, where he completed a Neuro-Ophthalmology fellowship under the mentorship of Drs. Joseph Rizzo and Simmons Lessell.