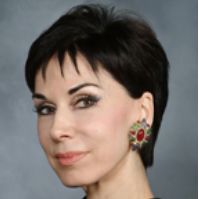 Dr. Cynthia Magro is Professor of Pathology and Laboratory Medicine at the Weill Cornell Medical College and Director of the Comprehensive Dermatopathology Service of the Weill Medical College located in the upper east side of Manhattan. Dr. Magro received her training at Harvard medical School. She is internationally known in dermatopathology, having co-authored over 250 papers, several book chapters and three textbooks the Melanocytic Proliferation, the Cutaneous Lymphoid proliferation, and Cutaneous Biopsy Interpretation and is an co-editor on the Barnhill Textbook of Dermatopathology. Her expertise has focused on the pathologic assessment of cutaneous autoimmune disease, viral disease, immunofluorescence, drug reactions, benign, atypical neoplastic lymphocytic infiltrates of the skin and problematic melanocytic proliferations. In addition she has expertise in the area of non-neoplastic lung disease where she has functioned as the senior author on several papers in the areas of pulmonary vasculitis, idiopathic pulmonary fibrosis and lung transplantation. She has also developed a novel approach to the evaluation of non-neoplastic inflammatory lung disease via direct immunofluorescent techiniques which has been published in the new 2008 book Pulmonary Pathology (Churchill Liningstone). Dr. Cynthia Magro has been listed in the New York Times, Super Doctors for 2008-2012. She is also listed in Top Doctors: New York Metro Area in Castle Connolly Medical Limited for 2010 and 2011. She is a member of the American Society of Dermatopathology and United States and Canadian Academy of Pathologists.