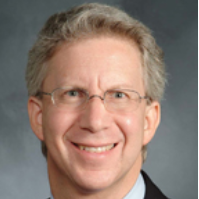 Dana Leifer, MD graduated from Harvard College summa cum laude and received his M.D. cum laude from Harvard Medical School. He also received an M. Phil. in Biochemistry from Cambridge University as a Fulbright Scholar. After completing an internship in medicine and a residency in neurology at the Massachusetts General Hospital, Dr. Leifer joined the staff of the Stroke Service there and served as Assistant Professor of Neurology at the Harvard Medical School. He subsequently moved to the Yale University School of Medicine as a member of the Cerebrovascular Center. In 1997, Dr. Leifer became Chief of Vascular Neurology at North Shore University Hospital and Associate Professor of Neurology at NYU. In 2005, Dr. Leifer joined Weill Cornell Medical College as Director of the Stroke and Neuroscience Step-Down Unit and Director of the Neurovascular Ultrasound Laboratory. He is board certified in Neurology and is one of the first neurologists to receive subspecialty certification in Vascular Neurology.Dr. Leifer's research interests include cellular and molecular studies of neuronal growth and regeneration and immunohistochemical studies of stroke and other neurological diseases. His research has focused on the development of new treatments for stroke patients and functional MRI studies of brain activity during recovery from stroke. In 2010, he co-authored a clinical advisory sponsored by both the American Heart Association and the American College of Cardiology about the role for genetic testing in choosing appropriate antiplatelet therapy to prevent strokes and heart attacks -- one of the first practical applications of personalized genetic medicine.Dr. Leifer also serves as an advisor to the New York State Department of Health and the American Heart Association on the development of guidelines for the certification of stroke centers and on the evaluation of stroke center performance. He is the lead author of a 2011 American Heart Association Scientific Statement establishing procedures for monitoring the quality of care at comprehensive stroke centers.