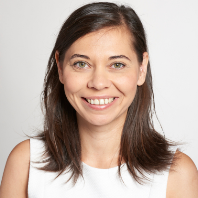 Dani Dumitriu, MD, PhD, is trained as a general pediatrician, neuroscientist and pediatric environmental health scientist. She joined Columbia Univerisity as an Assistant Professor of Pediatrics (in Psychiatry) in November 2018. She dedicates 80% of her time to basic science research into the neurobiological basis of resilience as the Principal Investigator of the DOOR lab (Developmetal Origins of Resilience lab) at the New York State Psychiatric Institute and 20% time to caring for newborns in the Well-Baby Nursery at the Morgan Stanley Children's Hospital of New York.

The overarching goal of Dr. Dumitriu's research program is to understand and harness the neurocircuits of resilience to spearhead novel approaches to primary prevention. This is motivated by the observation that during the last century, medicine has made unprecedented progress in the treatment of disease, with a lack of parallel advancement in the prevention of disease. Consequently, the largest current worldwide disease burden comes from preventable mental and physical illnesses, such as depression, anxiety, diabetes, and hypertension. Stressful life events, particularly during critical developmental periods, have been linked to increased risk of virtually all diseases, including metabolic and cardiovascular ones, and a significant effort is underway to understand stress-induced biological consequences. However, even in the presence of the most severe stressors, some individuals remain resistant to the development of stress-induced pathology. Identifying the neurobiological basis for this natural resilience can therefore lead to the development of novel preventative strategies aimed at strengthening resiliency circuits.

To tackle the mechanisms for individual variability in stress-responses, the DOOR lab uses several animal models, with the overarching unifying goal of understanding the structure, function, and Developmental Origins of Resilience. In a mouse model of adult social defeat stress, we dissect preexisting neurocircuit structure-function differences in susceptible versus resilient animals using state-of-the-art tools including in vivo chemogenetics, optogenetics, and miniscope imaging, ex vivo super-resolution imaging of dendritic spines, ex vivo whole-brain imaging of functional or structural connectivity using a variety of genetic and/or viral labeling tools, and graph theoretical analysis of co-activation patterns as a proxy for functional connectomics. In a separate set of experiments, we combine rat early life maternal separation with wireless EEG and/or EKG recordings in dams and their pups. This data is used to understand individual variability in developmental trajectories and the role of dam-pup autonomic synchrony as a potential protective factor. Parallel EKG recordings and synchrony analyses are being conducted during mother-infant interactions in the newborn nursery. Finally, the lab is spearheading a study on wild rat stress-responses, asking the simple question: do depressive-like states occur in the wild, or are they a genetic and environmental epiphenomenon of laboratory breeding?

In addition to answering questions about the neurobiological basis for resilience, the DOOR lab is committed to the development of new tools and to the movement toward #openscience. In collaborative work with two different engineering groups, we are developing novel wireless telemetry devices for wild rats and a robotic solution for ex vivo neuronal microinjections. Recently, we also launched a website, MouseCircuits.org, as an open science repository of chemogenetic and optogenetic circuit dissection.