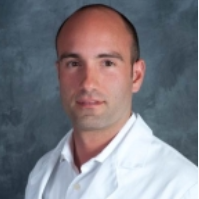 Demetri J. Merianos, MD is Assistant Professor of Surgery in the division of Pediatric Surgery and Pediatric Trauma at Weill Cornell Medical College and  Assistant Attending Surgeon at New York-Presbyterian/Weill Cornell Medical Center.  Board-certified in both pediatric and general surgery, he specializes in pediatric minimally invasive surgery, including advanced laparoscopic and thoracoscopic procedures.  He enjoys a wide range of clinical interests and expertise, including neonatal and congenital anomalies, pediatric general and thoracic surgery, pediatric gastrointestinal surgery, and pediatric surgical oncology.  Dr. Merianos is fluent in Spanish and Greek. He received his undergraduate degree from Duke University in 2000.  He earned his medical degree from UMDNJ--New Jersey Medical School in 2004, where he was elected to the AOA Honor Medical Society, and graduated at the top of his class.  He completed his internship and residency in general surgery at the Hospital of the University of Pennsylvania in 2011, where he received both the Penn Pearl and Leonard D. Miller Teaching Awards.  During his residency, he completed a two year research fellowship at the Children’s Hospital of Philadelphia in the laboratory of Alan Flake.  He performed research on the immune barriers to in utero stem cell transplantation, and was the recipient of the Jonathan Rhoads Research Award.  Dr. Merianos then went on to complete a two year clinical fellowship in pediatric surgery at the Children’s Hospital of Los Angeles, under the guidance of Henri Ford.He is an active member of many prestigious medical and surgical societies, including the American College of Surgeons, the American Pediatric Surgical Association, the American Academy of Pediatrics, the AOA Honor Medical Society, and the Gold Humanism Honor Society.  He has published numerous peer-reviewed journal articles, abstracts, and book chapters.  He has also been invited to present his research findings at a number of national and international scientific conferences.