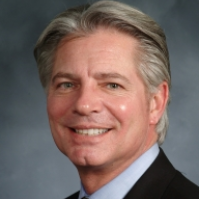 Dix P. Poppas, MD, FACS is Chief of Pediatric Urology at the Phyllis & David Komansky Children's Hospital of NewYork-Presbyterian Hospital - Weill Cornell Medical Center. He is the Richard Rodgers Professor of Pediatric Urology in the James Buchanan Brady Department of Urology at Weill Cornell Medicine. Dr. Poppas has been a tenured professor with Weill Cornell Medicine as of April 2006 and holds joint appointments as Professor of Pediatrics and Professor of Plastic and Reconstructive Surgery as well. His practice is limited to pediatric urology with special interest in genital reconstruction, laparoscopic and robotic surgery, intersex disorders and minimally invasive procedures for treating vesicoureteral reflux. Dr. Poppas has extensive experience in minimally invasive surgery and pediatric laparoscopy. He was chosen as one of the "Top One Hundred Minimally Invasive Surgeons in New York" and was the only pediatric urologist to be selected.

Dr. Poppas serves as co-director of the Laboratory for Minimally Invasive Urologic Surgery where his efforts are focused on developing advanced laparoscopic and Robotic surgical techniques for tissue reconstruction using novel tissue sealants to replace sutures and staples during surgery, as well as investigating the mechanisms and potential treatments for inhibiting and reversing fibrosis in the obstructed kidney using antibodies and gene therapy strategies.

We are pleased to announce that Dr. Poppas was added to the 2019 Blue Ribbon Panel of Super Doctors, which showcases physicians nominated by colleagues on who they would choose when seeking medical care.