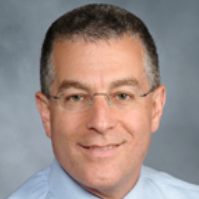 Dr. Douglas Scherr is a Professor of Urology and the Clinical Director of Urologic Oncology at the Weill Medical College of Cornell University in New York City.

Dr. Scherr received his undergraduate degree in Government at Cornell University. After a year teaching English in Shenyang, China, Dr. Scherr completed his medical training at The George Washington University School of Medicine in Washington, D.C. Following this he completed a 6 year residency in Urology at The New York Hospital-Cornell University Medical Center. Subsequently, Dr. Scherr then went on to pursue a Fellowship in Urologic Oncology at Memorial Sloan Kettering Cancer Center in New York for two years. Beginning in 2001, Dr. Scherr has been on the full time faculty in the Department of Urology at Cornell where he has his current appointment. Dr. Scherr also holds an appointment at the Rockefeller University in New York.

Dr. Scherr's clinical focus is in the treatment of urologic malignancies. In particular, the treatment of prostate cancer, bladder cancer, kidney cancer, and testicular cancers, as well as genitourinary and retroperitoneal sarcomas. Dr. Scherr was the first physician at Cornell to perform a robotic prostatectomy, and he has since performed hundreds of these procedures and travels nationally and internationally teaching the procedure to many urologic surgeons. Dr. Scherr has expanded his robotic practice in Manhattan to now include robotic-assisted removal of bladders with total bladder reconstructions. Dr. Scherr has published extensively in the areas of bladder and prostate cancer as well a wide variety of other urologic malignancies.

In addition to his clinical responsibilities, Dr. Scherr also has an active role in the Laboratory of Urologic Oncology. Dr. Scherr has been instrumental in defining the hormonal regulation of bladder cancer and is now developing a novel class of compounds that utilize the innate immune system to fight urologic tumors. From a technology front, Dr. Scherr is currently working on the development of a non-invasive means to assess human tissue at the microscopic level. To this end, he has patented and developed the concept of "multiphoton endoscopy," which utilizes high speed laser energy to create high quality microscopic images of human tissue. This breakthrough has vast applications in cystoscopy, colonoscopy and bronchoscopy among others. Dr. Scherr is collaborating with engineers and physicists at Cornell University in Ithaca, New York on this project.

Dr. Scherr sits on several advisory boards in companies involved in urologic technology development. In particular, Dr. Scherr has been influential in the ergonomics of robotic technology. In addition, he has been quite active in the development of optical coherence tomography and its application to urologic imaging. Dr. Scherr collaborates with many scientists within the Weill Cornell community and is currently evaluating the role of adipose inflammation and cancer as well as the functional role of the intestinal microbiome and prostate cancer. Dr. Scherr is married with three children and resides in Westchster, NY.