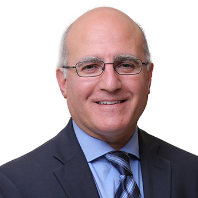 Fady Khoury Collado, MD is a gynecologic oncologist specializing in surgeries for gynecologic cancers, including cancers of the ovary, uterus, cervix, vulva and vagina. He also specializes in the surgical management of patients with abnormal placentation in collaboration with the Maternal-Fetal Medicine Division.

Dr. Khoury Collado completed his training in gynecologic oncology at Memorial Sloan-Kettering Cancer Center. After completing his fellowship, he joined the Department of Obstetrics and Gynecology at Maimonides Medical Center in Brooklyn where he became the Director of Gynecology and Gynecologic Oncology. In addition to the surgical management of gynecologic malignancies, Dr. Khoury Collado has a special interest in the surgical management of patients with abnormal placentation. He has several years of experience in the surgical management of patients with placenta accreta, increta and percreta. He collaborates with the other members of the Division of Gynecologic Oncology and the Division of Maternal-Fetal Medicine in order to provide the most comprehensive management for pregnant patients facing this life threatening condition.