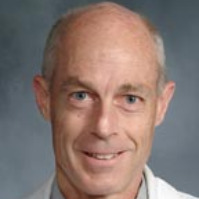 Dr. Leonard was himself born in the old Lying-In wing of New York Hospital. He grew up in Manhattan, graduating from The Collegiate School as valedictorian. He graduated summa cum laude from Williams College (Religion and Classics) and then studied for two years at Emmanuel College, Cambridge University (Archaeology and Natural Sciences) as a Herschel Smith Fellow.After a year of hospital work, Dr Leonard attended Harvard Medical School, serving on key student-faculty committees that initiated the case-based, more patient-oriented curriculum that is now standard at Harvard, Cornell and elsewhere. Returning to New York City, Dr Leonard completed his residency in Obstetrics and Gynecology at New York Hospital-Cornell Medical Center.Dr. Leonard has won many teaching awards and is an Assistant Director of the Ob/Gyn Residency Program. He serves as President of the NYH-Cornell Medical Center Independent Practice Association and on many other departmental committees.Dr. Leonard lives in Brooklyn with his wife, their rescue Louisiana cur, a lettuce-loving tortoise and occasional visits from 3 grown children. In his (limited) free time, Dr. Leonard pursues his long-standing avocation, running, completing many NYC Marathons and coming in 2nd in his age group in 2009 (2:42.38).