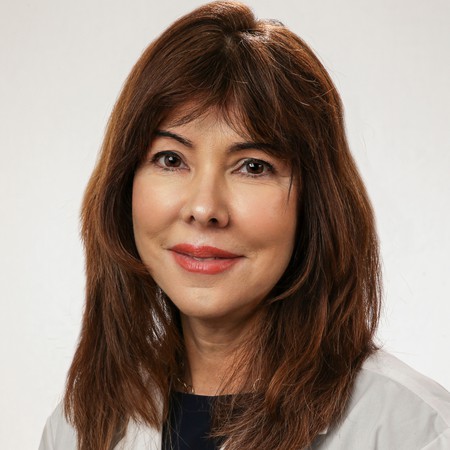 Gina Villani, MD, MPH, is an Associate Professor of Clinical Medicine at Weill Cornell Medicine and is Division Chief in the Department of Medical Oncology at NewYork-Presbyterian Queens. Dr. Villani is board certified in medical oncology. She has an interdisciplinary approach to cancer care and is an expert in hematologic malignancies. Dr.Villani is a volunteer for the American Society of Clinical Oncology, serving as a chairperson to the health disparities committee, and publishes research in medical journals on cancer care and prevention. She received the Prevent Cancer Foundation's community service award in 2017 and the American Cancer Society's Woman of Excellence in Medicine award in 2011. Dr. Villani earned her degree from the State University of New York at Stony Brook School of Medicine and served her internship and residency at the State University of New York at Syracuse. She completed her fellowship in hematology and oncology at New York University Medical Center.