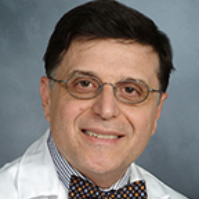 Dr. Inghirami is a practicing hematopathologist, who joined Weill Cornell Medical College in September 2013, as a Professor of Pathology and Laboratory Medicine. He has worked in the field of molecular biology for the last 2O years, defining the role and distribution of pathogenetic defects among lymphoproliferative disorders. Detection of any given abnormality is believed to improve diagnostic accuracy, and helps to provide clinical-proven stratification. Indeed, patient - specific genomic fingerprints will appropriately predict clinical outcomes, pin - point patient selective targets and thus tailor therapies. Restricted defects in individual leukemia/lymphoma patients provide the means to efficiently assess Minimal Residual Disease (MRD) burden and to appropriately adjust therapeutic programs. Dr. Inghirami has contributed more than 160 peer-reviewed publications, mostly in the area of lymphoma research, to the medical and scientific literature. He has underwritten several international patents and has been the Principal Investigator of several NIH-NCI, EU and Italian grants. He has also been part of a multicentric program sponsored by the Italian Cancer Research Association (AIRC) on "genetics-driven targeted management", and, he is a cofounder of The European T-Cell Lymphoma Study Group.His laboratory has used a variety of techniques including deep sequencing, Doplet PCR, qRT-PCR, high-density tissue microarrays, SNP arrays, and expression of cDNA arrays and shRNA lentiviral libraries. His group has gained experience using gene knockdown strategies in a variety of in vitro models, and they have generated several mouse models and a large library of human Patient Derived Tumorgrafts from primary T-cell lymphoma (PTCL), B-cell disorders and Non - Small Lung Cancers (NSCLC).Dr. Inghirami had been the Director of Molecular Pathology and Hematopathology at New York University and Director of Anatomic Pathology at the University of Torino, Italy. He has worked as Scientific Director of the Center of Experimental Research and Medical Science (CeRMS) in Torino. Dr. Inghirami has contributed to the development of a specific Pathogen Free Unit and a Functional Genomic Laboratory at the Molecular Biotechnology Center of the University of Torino. He serves as a reviewer for multiple publications including Nature, the New England Journal of Medicine, PNAS, and Blood. He is the recipient of both the Benjamin Castleman Award by the United States and Canadian Academy of Pathology recognizing his contributions to the field of pathology and the Shannon Award from the National Cancer Institute.