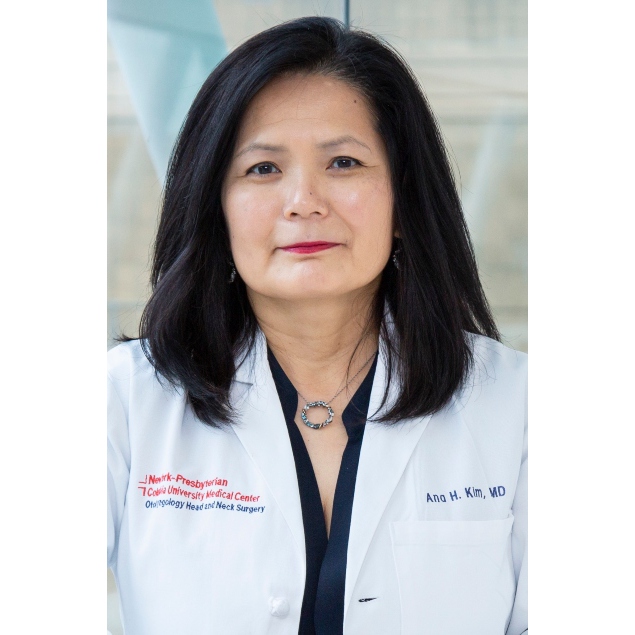 Dr. Ana H. Kim is board certified in Otolaryngology and Neurotology, specializing in ear diseases such as hearing loss, cochlear implants, facial nerve disorders, chronic ear diseases, and skull base tumors. She focuses on inner ear disorders and potential therapies.

Dr. Kim graduated from Cornell University and Albert Einstein College of Medicine. She completed her Otolaryngology residency at the New York Eye and Ear Infirmary, and Neurotology fellowship at the University of Michigan.

She is a member of numerous professional societies and also serves on the New York State Hearing Aid Advisory Board. She has authored numerous publications and has presented nationally and internationally.