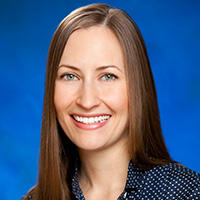 Dr. Davison offers office and surgical gynecologic care for a wide range of benign gynecologic issues. She received her BA with distinction in all subjects from Cornell University and her MD from Columbia University College of Physicians and Surgeons, where she was a member of the AOA honor society and received the Glasgow-Rubin achievement award given to women graduating at the top of their class. Dr. Davison received the Resident Achievement Award from the Society of Laparoendoscopic Surgeons upon graduation from her residency in Obstetrics and Gynecology at NYU Medical Center.  She has a special interest in minimally invasive gynecologic surgery and has published and presented in the areas of laparoscopy and the use of local anesthetic agents during particular office gynecologic procedures. Dr. Davison is a member of the American Association of Gynecologic Laparoscopists and American College of Obstetricians and Gynecologists and is an Ad Hoc reviewer for the Journal of Women’s Health Care.Dr. Davison has completed a Fellowship in Minimally Invasive / Robotic Gynecologic Surgery and Chronic Pelvic Pain.