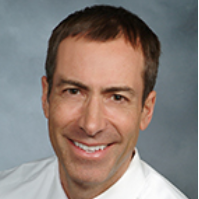 Dr. Joseph Comunale is Associate Professor of Clinical Radiology at Weill Cornell Medical College and Associate Attending Radiologist at NewYork-Presbyterian/Weill Cornell Medical Center. He is a member of the Division of Neuroradiology at NewYork-Presbyterian/Weill Cornell and Chief of the Division of Outpatient Imaging. He is also a Consultant in Radiology and Imaging at the Hospital for Special Surgery.In 1985, Dr. Comunale earned his B.S. in Biochemistry and a B.A. in Spanish Language Studies from the University of Rochester, Rochester, NY and was elected to Phi Beta Kappa. He was awarded his M.D. degree in 1989 from the University of Rochester School of Medicine after completing the “Rochester Plan,” an early selection to medical school program.After a general surgery internship (1989-1990) at North Shore University Hospital, Manhasset, NY, Dr. Comunale served as a resident in Diagnostic Radiology at Pennsylvania Hospital, Philadelphia, PA (1990-1994) and was elected as Chief Radiology Resident 1993-1994. Dr. Comunale then did a Fellowship in Neuroradiology at NewYork-Presbyterian/Weill Cornell and Memorial Sloan-Kettering Cancer Center from 1994-1996.Dr. Comunale achieved Board Certification in Diagnostic Radiology in 1994. He achieved a Certificate in Added Qualification (CAQ) in the sub-speciality of Neuroradiology in 1996 and was recertified in 2007.Dr. Comunale performs a variety of neurologic and spine imaging (MRI, MRA, CT, CTA and procedures. In addition to providing clinical care, Dr. Comunale has a leadership position in the Department of Radiology serving as the Physician Leader of the Weill Cornell Imaging at NYP at the 1305 York Avenue (Weill Greenberg Center) imaging practice. He is Chief of the Division of Outpatient Imaging. Dr. Comunale is an active and enthusiastic teacher of medical students, radiology residents and neuroradiology fellows and is a mentor to medical students, residents, and neuroradiology fellows. He is both a local and national speaker on topics in Neuroradiology.