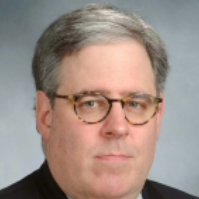 Joseph J. Fins, M.D., M.A.C.P.Dr. Joseph J. Fins is The E. William Davis, Jr. M.D. Professor of Medical Ethics and Chief of the Division of Medical Ethics at Weill Cornell Medical College where he also serves as Professor of Medicine (with Tenure), Professor of Public Health and Professor of Medicine in Psychiatry. He is also an Attending Physician and the Director of Medical Ethics at New York-Presbyterian Weill Cornell Medical Center and on the Adjunct Faculty of Rockefeller University where he is a Senior Attending Physician at The Rockefeller University Hospital. Dr. Fins is an elected Member of the Institute of Medicine of the National Academy of Sciences (USA) and was elected a Fellow of The American Academy of Arts & Sciences in 2012.A recipient of a Robert Wood Johnson Foundation Investigator Award in Health Policy Research, Dr. Fins has also received a Soros Open Society Institute Project on Death in America Faculty Scholars Award, a Woodrow Wilson National Fellowship Foundation Visiting Fellowship and support from the Dana, Buster and Katz Foundations. He was appointed by President Clinton to The White House Commission on Complementary and Alternative Medicine Policy and currently serves on The New York State Task Force on Life and the Law by gubernatorial appointment.Dr. Fins graduated from Wesleyan University (B.A. with Honors, The College of Letters, 1982) and Cornell University Medical College (M.D., 1986). He completed his residency in Internal Medicine and Fellowship in General Internal Medicine at The New York Hospital-Cornell Medical Center and has served as Associate for Medicine at The Hastings Center.The author of over 250 publications, his most recent book is A Palliative Ethic of Care: Clinical Wisdom at Life's End (Jones and Bartlett, 2006). His current scholarly interests include ethical and policy issues in brain injury and disorders of consciousness, palliative care, research ethics in neurology and psychiatry, medical education and methods of ethics case consultation. He is a co-author of the landmark 2007 Nature paper describing the first use of deep brain stimulation in the minimally conscious state. His forthcoming book, Rights Come to Mind: Brain Injury, Ethics & The Struggle for Consciousness is under contract with The Cambridge University Press.Dr. Fins is President of the American Society for Bioethics and Humanities and is a member of the Hastings Center Board of Trustees where he is Chair of the Fellows' Council. He has served as a trustee of Wesleyan University and the American College of Physicians Foundation. A former Governor of the American College of Physicians, he has been honored with the College's Laureate Award.Dr. Fins is a Master of the American College of Physicians. He is also a Fellow of The New York Academy of Medicine and The Hastings Center and was appointed to the Council of the Europaische Akademie (Germany). He is an elected member of the American Clinical and Climatological Association and Alpha Omega Alpha.