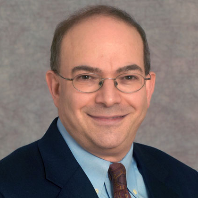 Dr. Berman has served as Director for the Program in Experimental Brain Stimulation, a component of the Division of Experimental Therapeutics in the department of Psychiatry at the Columbia University College of Physicians and Surgeons and the New York State Psychiatric Institute. He is currently responsible for the day to day operation of the ECT service at NYPH Irving Campus, 9 Garden North including outpatient continuation ECT. At ColumbiaDoctors Midtown he conducts evaluations for ECT and other brain stimulation treatments as well as pharmacotherapies for complex mood disorders.

He received his undergraduate education at Yale University and his MD and PhD from the Mount Sinai School of Medicine.

He completed his residency in psychiatry at Columbia University Medical Center and New York State Psychiatric Institute, prior to research fellowships there in Affective Disorders and Substance Abuse. He has been recipient of a NARSAD Young Investigator Award and a K08 Award from NIDA, studying striatal mechanisms for integration of hedonic drive and stress in rodent models with emphasis on systems affected by both nicotine and stress.