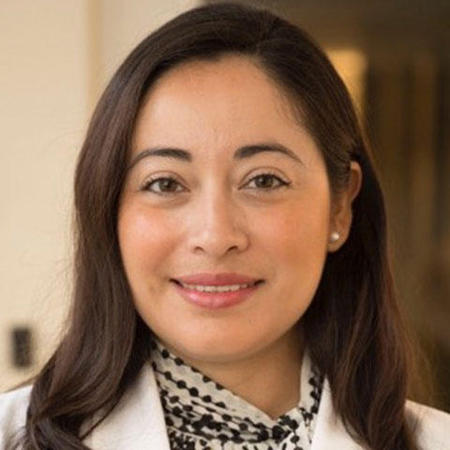 Dr. Minerva A. Romero Arenas is an Endocrine & General Surgeon at NYP Brooklyn Methodist Hospital. She is an Assistant Professor of Surgery at Weill Cornell Medical College. Dr. Romero Arenas completed a fellowship in Oncologic Surgical Endocrinology at the University of Texas MD Anderson Cancer Center in Houston, TX. She completed her General Surgery Residency at Sinai Hospital of Baltimore. She earned her Medical Doctorate and Master of Public Health degrees from The University of Arizona College of Medicine and the Zuckerman College of Public Health. She studied Cell Biology and French at Arizona State University as an undergraduate.

Her interests include benign and oncologic endocrine neoplasms, hereditary syndromes, health disparities, quality improvement, global health, and genomics. A native of Mexico City, Mexico. Dr. Romero Arenas is passionate about recruiting the next generation of surgeons and is involved in mentoring through various organizations, such as the Association of Women Surgeons, Tour for Diversity in Medicine, Latino Medical Student Association, National Hispanic Medical Association, and Building the Next Generation of Academic Physicians. She is a Founding Member of the Latino Surgical Society. She enjoys fine arts, films, gastronomy, and sports. She enjoys jogging, swimming, and kickboxing. Most importantly, Dr. Romero Arenas treasures spending time with her family and loved ones.