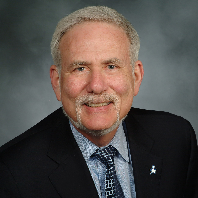 Dr. Katz received his medical degree from Bowman Gray School of Medicine at Wake Forest University, where he completed his residency, chief residency and fellowship training. Dr. Katz also served as the GI program director and Interim Chairman of the Department of Medicine at Albert Einstein Medical Center, Chief of Medicine at Graduate Hospital in Philadelphia and Vice Chair of Medicine at John Hopkins Bayview Medical Center.Dr. Katz has had a distinguished academic career as a clinician, educator and researcher. He’s a recognized national authority on esophageal disease. Dr. Katz’s research include all aspects of gastroesophageal reflux disease, including nocturnal recovery of gastric acid secretion during proton pump inhibitor therapy and esophageal pain perception.He has served as President of the American College of Gastroenterology from 2009-2010 and was honored with the Berk-Fise Clinical Achievement Award in 2013, recognizing his contributions to the field over his distinguished career. He was instrumental in establishing and is currently Co-editor in Chief of the ACG Universe, the on-line learning portal of that organization. He started the ACG national mentoring program during his presidency and has mentored numerous residents and GI fellows over the course of his career.