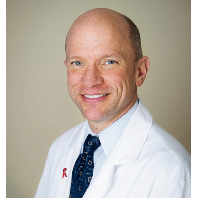 Dr. Gulick received his undergraduate degree from Johns Hopkins University in 1982. In his early career, he worked as a Biologist in the Medicinal Chemistry Laboratory at the National Institutes of Health in Bethesda, MD. He went on to earn his MD degree at Columbia University College of Physicians and Surgeons in 1986 and his Master of Public Health degree at Harvard University in 1993, focusing on clinical trial design. After completing his internship and residency in internal medicine at Columbia-Presbyterian Medical Center in 1989, Dr. Gulick held fellowships in infectious diseases at Beth Israel Hospital and Massachusetts General Hospital in Boston from 1989-1991.Dr. Gulick joined the faculty of the Harvard Medical School in 1991, serving as the Medical Director of the Virology Research Clinic and Instructor of Medicine in the Division of Infectious Diseases at Beth Israel Hospital in Boston. In 1994, he returned to New York City to join the faculty of New York University School of Medicine where he was Director of the HIV Research Clinic at Bellevue Hospital and an attending physician in the Division of Infectious Diseases.Dr. Gulick joined the faculty of Weill Cornell Medical College as an Assistant Professor of Medicine in 1998. He became Director of the HIV Clinical Trials Unit in 1999, serving through 2008. He was promoted to Associate Professor of Medicine in 2001 and Professor of Medicine in 2007. In 2009, he became the Chief of the Division of Infectious Diseases.He serves as a Board Member of the International Antiviral Society-USA, and as a member of the Panel on Clinical Practices for Treatment of HIV Infection of the U.S. Department of Health and Human Services. He previously served as the Chairman of the Antiviral Drugs Advisory Committee of the U.S. Food and Drug Administration (FDA) and as Co-Chairman of the Forum for Collaborative HIV Research. He is a member of the American Society of Clinical Investigation (ASCI), the Infectious Diseases Society of America (IDSA), the Infectious Diseases Society of New York (IDSNY), and the International AIDS Society (IAS) and has presented at national and international meetings and published widely.