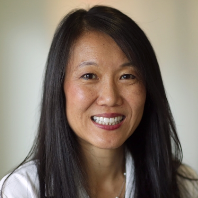 Yoon Kang, M.D. graduated from the University of Pennsylvania summa cum laude in 1991 with a degree in economics and a concentration in finance. She then went on to earn her M.D in 1995 from Washington University School of Medicine. Dr. Kang completed her internal medicine residency and Chief Residency at Barnes-Jewish Hospital in 1999. She subsequently became a faculty member at Washington University School of Medicine where her primary focus turned to teaching using simulated clinical encounters, and Washington University appointed her its Director of Standardized Patient Programs.In 2003, Dr. Kang joined the faculty at Weill Cornell Medical College as Director of Standardized Patient Programs, launching the college's simulation training programming. She was then charged with leading the task force for the design and development of the Margaret and Ian Smith Clinical Skills Center, Weill Cornell's custom-built facility for simulation sessions. Upon its completion in 2006, Dr. Kang was appointed the Director of the Center.Dr Kang continues to develop and implement new curricula in simulation for medical students and residents. She has won numerous teaching awards and was named the Richard P. Cohen Associate Professor of Medical Education in 2009. She is a member of Alpha Omega Alpha, is active in the Society for Simulation in Healthcare, and is a Fellow of the American College of Physicians.