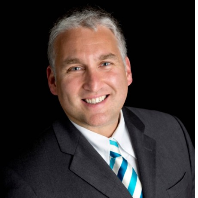 Dr. Novitsky is internationally known for his expertise in advanced laparoscopic and robotic surgery as well complex inguinal and ventral hernia repairs. Driven by a determination to improve outcomes for the millions of patients who undergo hernia surgery each year, he has focused intensively on research to advance surgical technique and improve tissue responses to surgical mesh. He is perhaps best known for pioneering techniques for minimally-invasive ventral hernia repair and open abdominal wall reconstructions; the procedure known as transversus abdominis muscle release (TAR), which he first described in 2006, has become widely adopted worldwide since he published three-year results in 2009.

His current national leadership roles include chairmanship of the Practice Advisory Committee, Americas Hernia Society; membership on the Guidelines Committee of the Society of American Gastrointestinal Endoscopic Surgeons (SAGES); the Value Analysis Initiative of the SAGES Hernia Task force; American Hernias Society Board of Governors, and others.

Dr. Novitsky has received over $2 million in grants from SAGES, the National Institutes of Health, and other funders to research improvements in hernia repair and gastroesophageal reflux disease. He has published over 130 peer-reviewed journal articles and numerous book chapters. In addition to his clinical and research activities, Dr. Novitsky mentors post-doctoral students and remains actively involved in medical education.

In sharing his talents with our patients, faculty, and medical students, Dr. Novitsky will undoubtedly strengthen the Division of General Surgery in all facets of patient care, research, and education.